You Can Ride a Bike Without Wearing a Jersey

I think Matt was a little embarrassed to be seen with me. I was trying my best to arrange myself in the two square feet of shade outside the gas station, sucking down the last of an energy goo. Lycra-clad cyclists rested their bikes tenderly against the building while they dashed in to grab energy drinks and coconut waters. Monster trucks towing motor boats and tattooed women roared in and out of the fuel bays.

"So, tell me again why you don’t wear jerseys?" he said, peering sidelong at me after a squirt from his water bottle. We hadn’t ridden together for several months, and in his Mondrian-inspired kit, straddling his brand-new carbon baby, he certainly looked the part.

I was wearing a t-shirt. Perfectly worn-soft, grey, cotton v-neck. With Matt's band's logo on the front. And bike shorts.

I said: "I don’t mind riding in cotton in the summer, because sweat cools you down. And for winter, I have synthetic long-sleeve shirts and jackets. I suppose the pockets might be nice, but I have a seat bag, and usually I'm mountain biking and carry a backpack."

I meant: "I ride in a t-shirt because I like to feel like a little kid when I ride my bike." 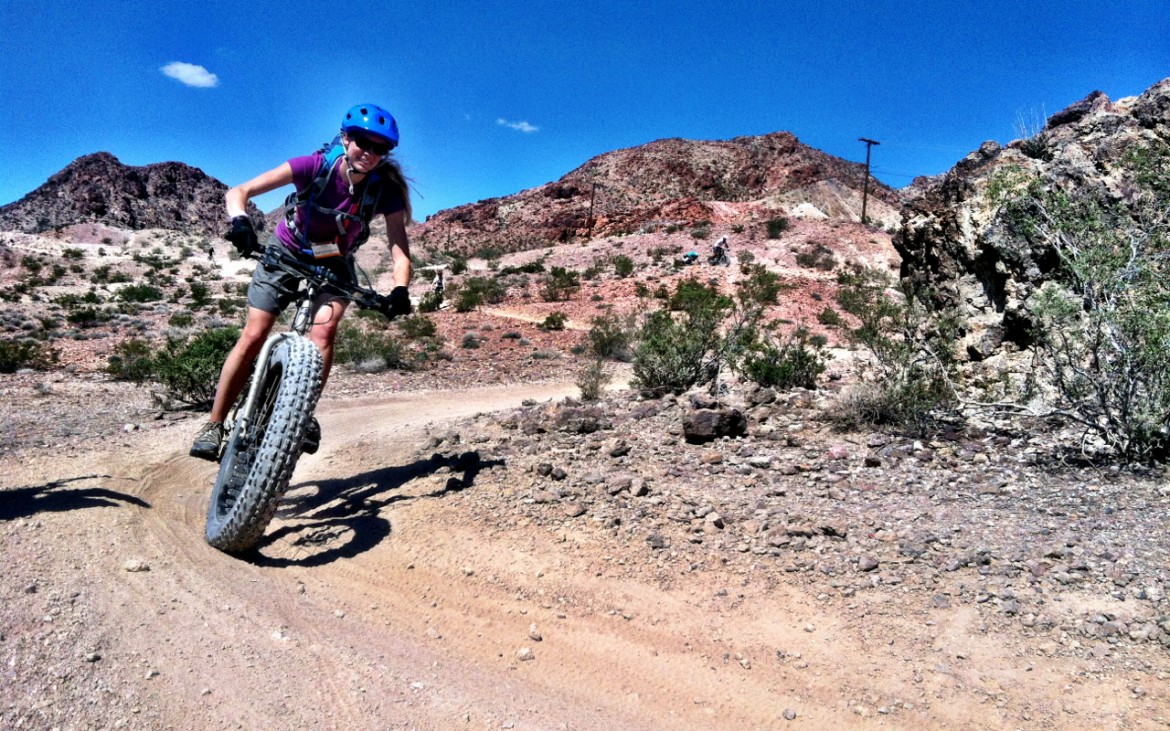 I ride my bike more than 200 days a year. And just about every day, I feel like Tom Sawyer or Huck Finn, with an adventure waiting around every corner. Breeze on my face, hopping a curb, cutting through a park, squeezing through traffic, screaming down a hill, or slowly cruising under moonlight. And somehow, wearing a synthetic bike jersey with some sort of corporate logo on it would feel less natural, less spontaneous, less fun. Less of most of the things I love about cycling.

Riding in a t-shirt has a second advantage, if fun weren't enough: I call it the t-shirt sandbag.

I used to think, when I noticed a pack of folks in flashy kits and expensive bikes, that surely they ride harder than I do. Only people who hammer out hundreds of miles each week wear stuff like that, and they'll drop me before the first curve in the canyon. But the more I ride, the more I realize how naive I was. Obviously, in the Denver-Boulder area, there’s a chance that the guy swiping his card for an energy bar in a pro jersey is actually a world-class racer. But there’s just as good of a chance the guy clopping around in that jersey only pulls the bike out of the garage a couple of times each summer to pedal down to the local coffee shop.

When I get dropped/passed/generally schooled, hey, whatever, dude.  I’m just out having a fun ride in my t-shirt.

And, when I’m the one who happens to be doing the dropping/passing/general schooling, hey, whatever, dude. Don’t take it too seriously, because I’m sure not.