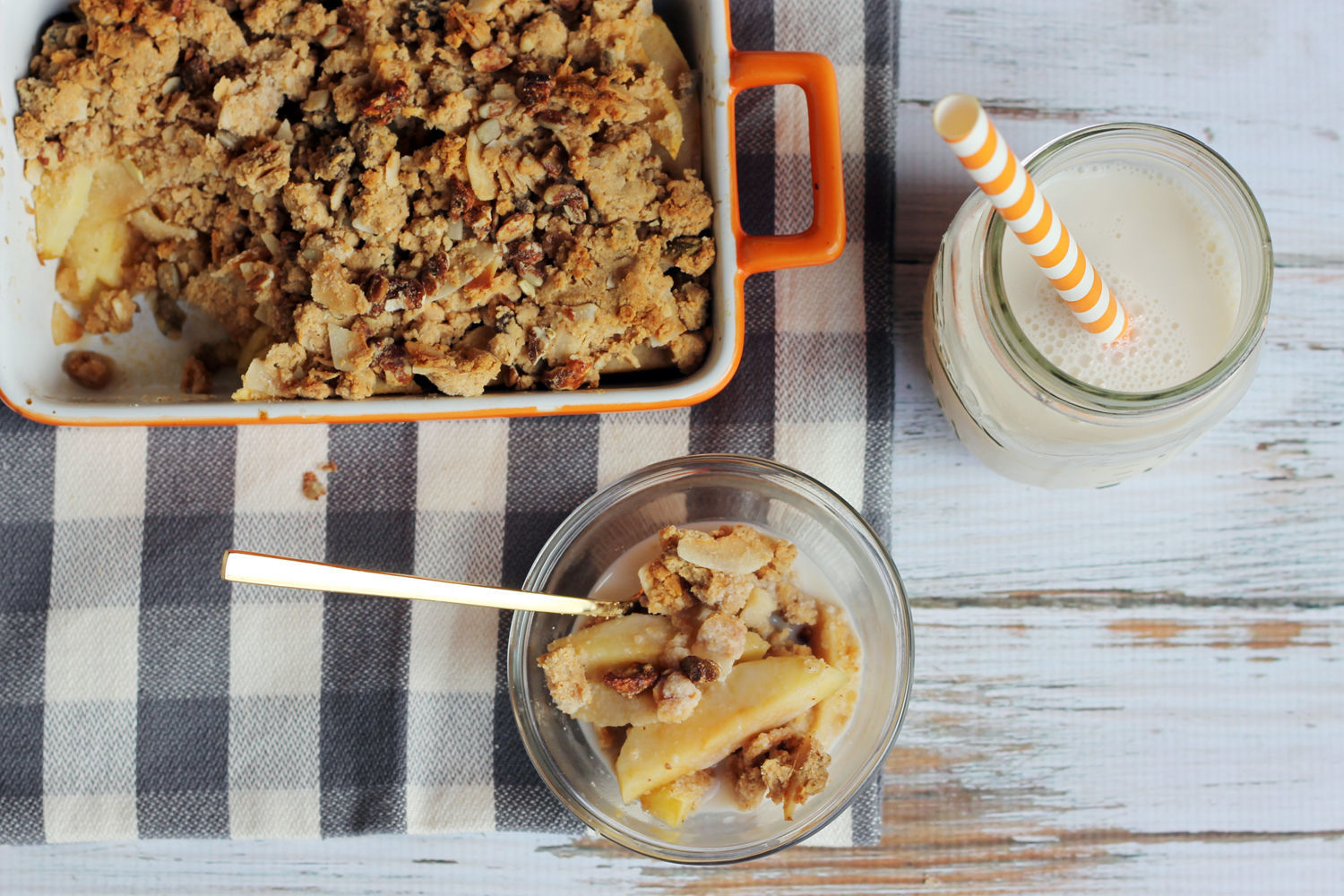 Just because you are giving up grains doesn’t mean you have to give up apple crisp. Using almond flour instead of regular flour makes this recipe Paleo, grain free, and gluten free. The Renola adds the necessary crunch on top.

3. Toss apples with lemon juice. Lay apples down in the bottom of a 9x13 baking dish.

5. Bake for 45 minutes or until top turns golden brown.